Black History Month (BHM) is important and celebrated in Canada. We (people from all over the world) have migrated and settled in Canada and the onus is on us all to understand the uniqueness, social nuances, and culture of the country we have come to call home.

"In February 2008, Senator Donald Oliver, the first Black man appointed to the Senate, introduced the Motion to Recognize Contributions of Black Canadians and February as Black History Month. It received unanimous approval and was adopted on March 4, 2008. The adoption of this motion completed Canada’s parliamentary position on Black History Month" https://www.canada.ca/en/canadian-heritage/campaigns/black-history-month/about.html

The United Nations also realise there needs to be more focus and intentionality of the world around people of African Heritage when it made a commitment "In December 2013, the UN General Assembly adopted resolution 68/237, by which it proclaimed 2015 to 2024 to be the International Decade for People of African Descent, with the theme “People of African descent: recognition, justice and development” https://www.ohchr.org.

“The Decade is to emphasises the important contribution made by people of African descent and promotes concrete measures to stop discrimination and promote their full inclusion" Michelle Bachelet, UN High Commissioner for Human Rights.

BHM is a significant part of our history as people of African heritage. This history needs should be taught in our schools. Understanding our past allows us to focus on the future and what must change for us to move forward.

Most of us from the African continent grew up without knowing anything about the 16th - 19th Century Transatlantic slave trade. I personally only got to know about this historic past when I learnt about and watched ROOTS by Alex Haley's 1976 novel did, I get to understand just a bit of the horrendous experience of our people during this period.

Celebrating BHM is about understanding the hurdles, experiences, pain, joy, trauma, and complexities of the period, and the continuous change that needs to continue.

As we continue to celebrate, it allows us to know the impact of Black people in the world at large. It gives us a sense of pride to know that despite all these experiences, we have made positive impact to the world.

Some Pacesetters and Innovators in our community includes but not limited to:

Crum, a chef, and restaurateur is said to have unintentionally created the potato chip during the summer of 1853. They were made in response to a customer who sent back their fried potatoes after complaining they were too thick. The crisps were an instant hit, and though Crum never patented the creations, chips are now one of the world's favourite snacks.

Woods accumulated sixty patents during his lifetime (1856-1910) many of which improved the functioning of railroads. His most notable are the induction telegraph system, which allowed traveling trains to communicate with one another while also allowing dispatchers to locate them, and the first electricity powered railway.

So many of us know George Washington Carver as the man famous for giving us peanut butter (bless him) but he is responsible for much more. As an agricultural chemist to increase the profitability of sweet potatoes and peanuts (which thrived in the South as opposed to dwindling cotton supply), Carver began conducting experiments in 1896 and created 518 new products from the crops. They include ink, dye, soap, cosmetics, flour, vinegar, and synthetic rubber. He publicly revealed his experiments in 1914.

Madam CJ Walker was the first African American woman to become a self-made millionaire after creating a line of hair products geared towards Black hair. (She created the first, "Madam Walker's Wonderful Hair Grower," in 1905). A new Netflix series based upon her life, Self-Made, is premiering in March.

It is safe to say that Garret Morgan's most prominent original designs have saved thousands of lives since their invention. Take his traffic signal, which he patented in 1922. It was the first to offer a third "caution" signal, which we now know as the yellow light. And in 1912, Morgan received a patent for his "Breathing Device," which was one of the earliest versions of a gas mask.

How might we then as a community, take all these information to the next level. How can we get motivated to show everyone that we have what it takes to continue to add value and be relevant in the world. As a community, we need to keep up with the dialogue and conversations, until we see the change we want for our children and generations to come. To make this happen, it must be all hands-on deck.

Our children have a lot of ideas, they are creative and intelligent which is why we want to learn from them. We hold BHM Essay competition annually to encourage them to learn about the past and come up with ideas for the future.

We hope you'll find the below writeups from past competitions insightful.

Black History month, to me, means a lot. For one, it means a month of having people tell you that Martin Luther King was a peaceful protester to fit their own ideologies about how black people should protest. 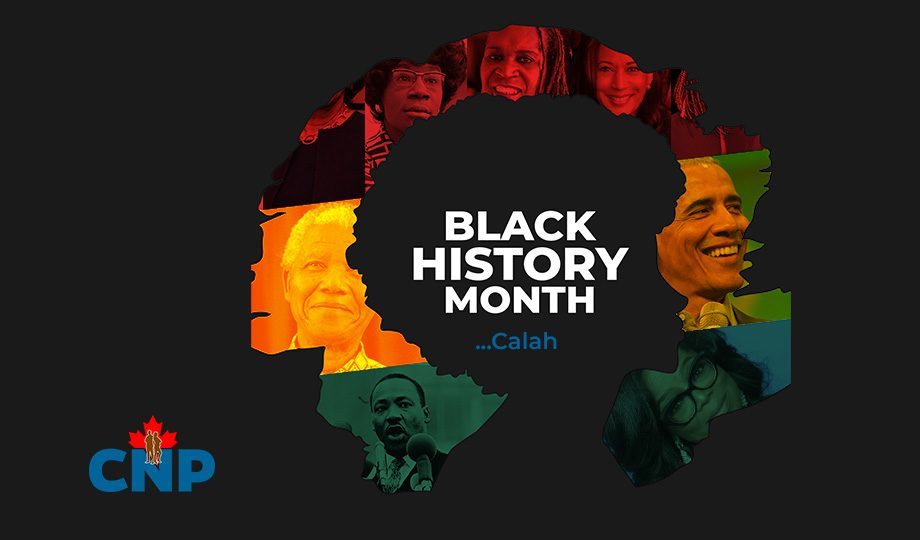 Life’s most persistent and urgent question is: What are you doing for others?
~ Martin Luther King